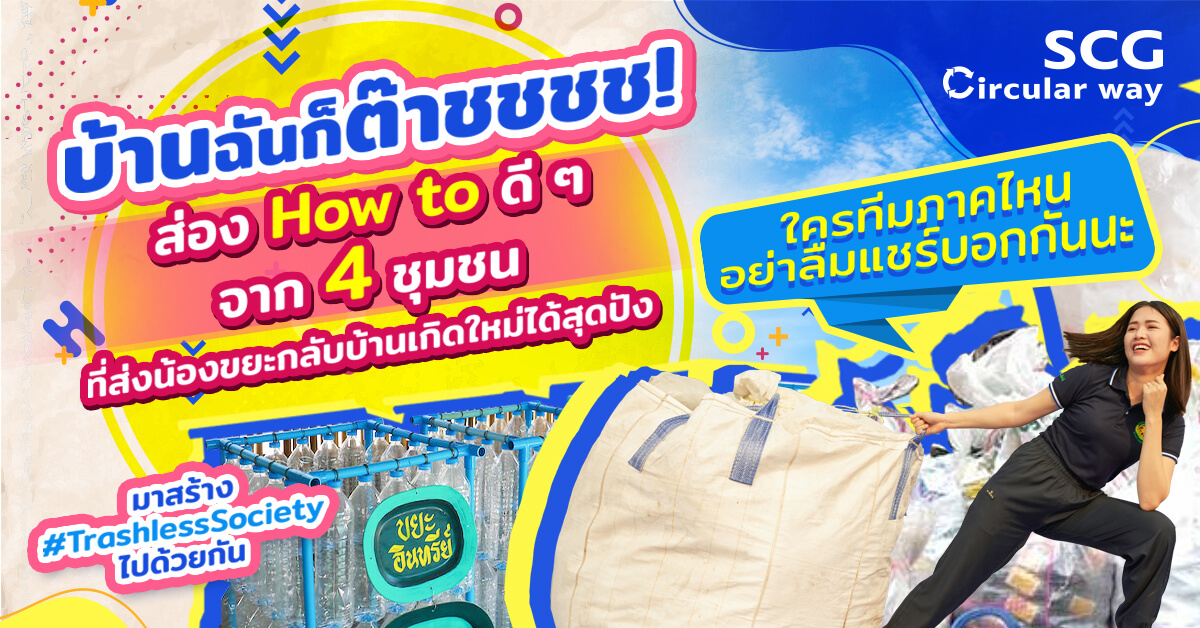 When trashes scatter around everywhere, good people like us are responsible for this problem to regenerate used resources and make homes and communities pleasant as before. Each community has its method of raising consciousness and inducing community members to deal with trashes, for success cannot be derived from solely one person but the participation of everyone regardless of gender and age. This is the time when #TrashlessSociety is everywhere. Let’s take a trip to four communities from four regions to see what strategy each community possesses.

Tambon Ban Sa and Muang Mai in Amphur Jae-Hom, Lampang, are abundant with forests, mountains, and rivers; thus, the locals live closely with nature. They rely on agriculture and animal domestication for their living. Unfortunately, as the communities continue to develop, the folkways tend to alter. Plenty of solid waste wasn’t managed aright, and this affected locals’ peaceful way of life. When more problems arose, SCG imparted the knowledge of the circular economy to people in the communities. With the locals’ cooperation, the waste management project was originated in 1997 at Tambon Ban Sa before magnifying an outcome to the nearby Tambon Muang Mai. From the amateurs who started managing waste daily at their own houses, the whole community later turned into professionals and became the “prototype ecological community” that recognizes the importance of waste separation and adds value to the regenerated waste through wonderful projects include recycled waste bank, unused supplies management center, hazardous waste-free community, and fluid fertilizer from garbage project. Consequently, the environment and livelihood of the locals have improved, thus, arose the new way of life that every household pays attention to trashes. Need more information? Click https://bit.ly/2Z6vEEE.

When talking about Ratchaburi’s economic zone, Ban Pong will definitely rank in the top since there are almost 600 industrial factories and more than 173,000 residents; the larger number of residents comes the gigantic amount of waste. If this problem isn’t solved efficiently since the beginning, it might consequently affect people’s livelihood. With the cooperation of 3 sectors, namely the government sector, private sector, and populace, the “Ban Pong Model” arose. The model began with promoting knowledge and raising the consciousness of people in the community by organizing government sector’s training. Besides, the private sector like SCGP also participated in imparting the locals about waste separation so that wastes are regenerated as new resources which are later used worthily according to the circular economy principle. Began from a community, the locals’ cooperation expanded to the neighboring community and thus turned Ban Pong into a clean and attractive city. They also generated income and improved the locals’ livelihood. Do you want to know more about the secret to their success? Click https://bit.ly/2WNNUAY.

Several problems in the community include the problems of underprivileged children, the elderly, the disabled who lack caretakers, as well as waste problems, led the children in Ban Na Mai Phai, Nakhon Si Thammarat, to turn themselves into the mainstays with the power that is far greater than their physical size, and established the group called “Hearty Smiley Youth”. The group invited everyone around and encouraged the participation of both children and adults. They set an example to show that managing waste aright led to a clean and livable community and improved the locals’ livelihood. For this reason, everyone successfully created “Trash-less Community” according to the circular economy principle. Apart from reducing the amount of waste in the community by managing waste aright, the locals could also generate income by selling the segregated waste, reinventing waste as utensils, or reproducing as fuel; and the income received was used for the sake of the locals. Recently, the group won 20th Green Globe Award in the youth group category. The award brought pride and motivated the children to constantly partake in waste management activities. If you want to learn more about their activities, click https://bit.ly/2V7Hzjw.

Thinking about Rayong, apart from the splendid clear seas, there are also plenty of residents since it is the center of industrial factories and transportation hubs. As a result, the garbage problem arose. The locals at Maptaphud thus worked together to cope with garbage problems at homes, temples, and schools to mold the “Trash-less Community Model.” They began with separating trashes at homes and sold them for children’s scholarships with the help of KoomKah, the application developed by SCG Chemicals to manage the waste bank. With lots of garbage and leftovers brought to the temples by local folks, the places had become garbage and leftover collecting places. Thus, there was a campaign for the folks to help reduce and separate waste. For the schools, there was plenty of garbage like bags of school milk which were later segregated and sent to SCG in order to be transformed into recycled plastic chairs; and these chairs were returned to schools. This marvelous body of knowledge is ready to be passed on to other communities. Learn more about their interesting secret, click https://bit.ly/3DOFhGG.

These projects are only some parts of what we do. If every region and every community in Thailand participate in waste management like these communities, the future of #TrashlessSociety is not out of reach. 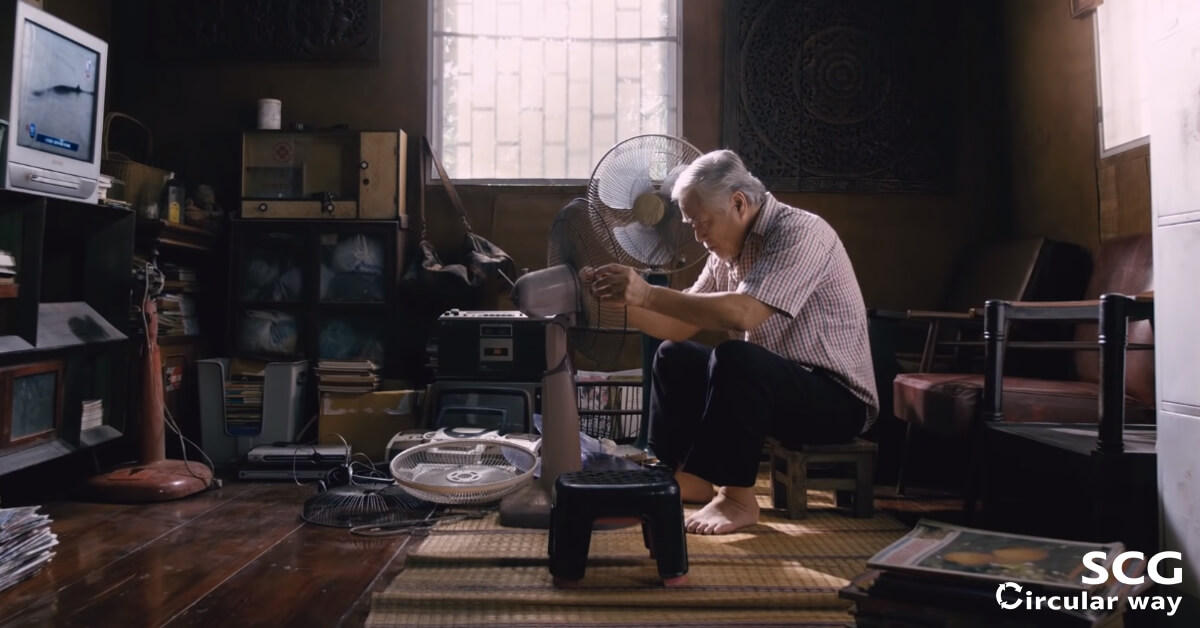 How does it feel to have a father like this?

Why did you do it? Shy? How does it feel to have a father like this? Sometim 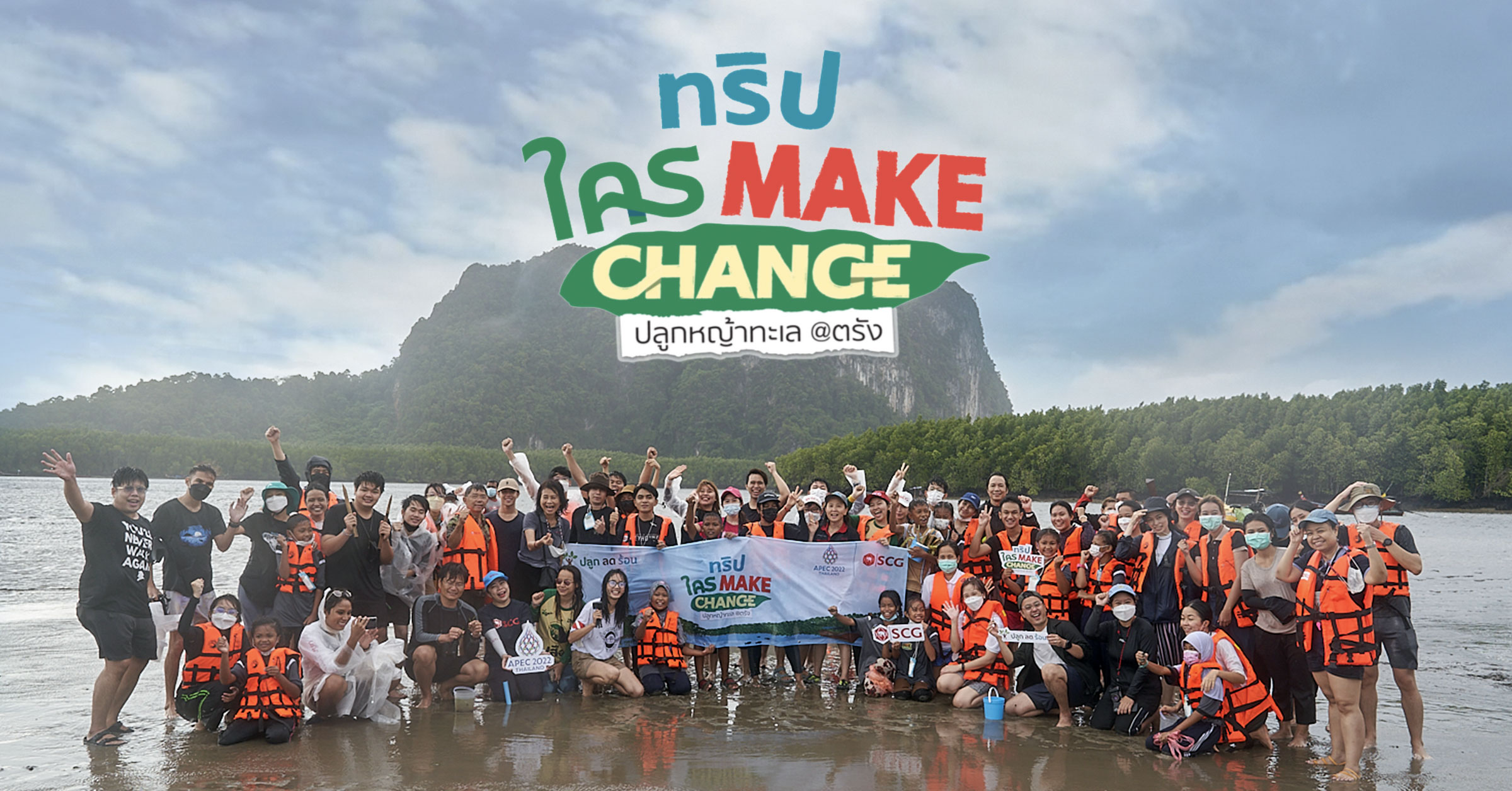 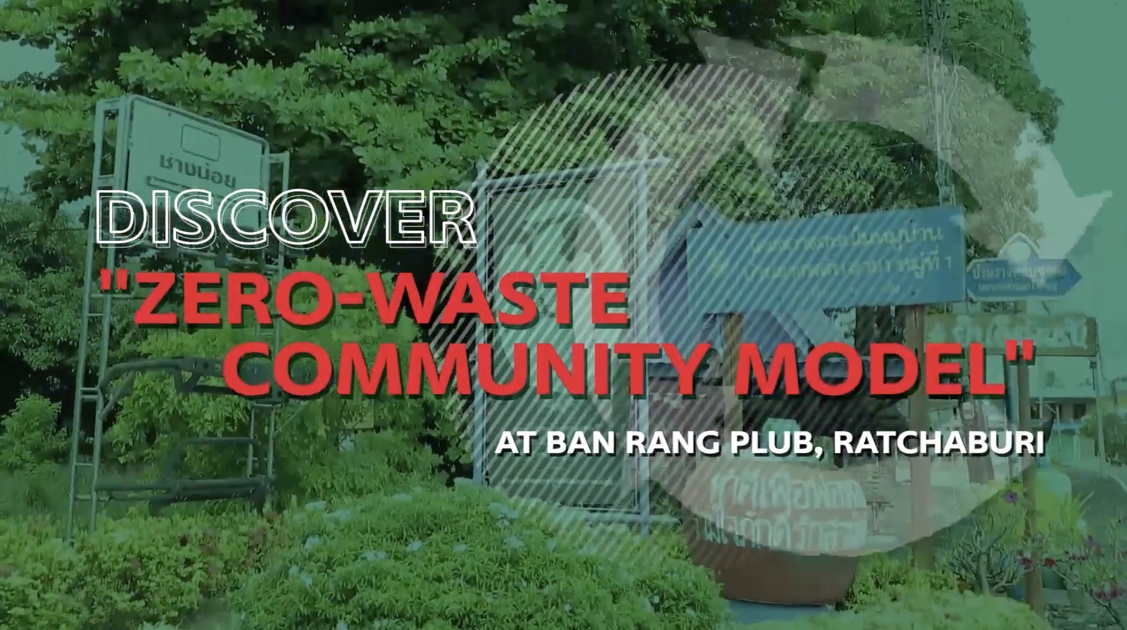